If you are interested in generating a mouse KO for your favourite gene… check the IGTC WEB first!, your desired KO might well have been done already!.

IGTC stands for “International Gene Trap Consortium“, a group of coordinated initiatives of mouse genome mutagenesis using a variety of gene trap approaches in the ES cells. Gene trapping is a high-throughput method that is commonly used to introduce random mutations in the mouse genome. At the IGTC they coexist a number of laboratories and previous international consortiums now all offering their ES cell clones through an unified and user-friendly common WEB site.

At the IGTC WEB site there is a very convenient search engine that can use several sources of information, from pure primary sequence to gene expression patterns. At present, they store more than 120.000 ES cell clones. Therefore, it is likely that your favourite gene might have been hit by one or more of these ES cell clones. Through this search engine and adequately using the associated information that travels along with each clone you might decide to order it and test it in your lab…. and it might save you some time!

A new page site layout has been launched for the Mouse Genome Informatics WEB site, at the Jackson Laboratory. Their authors have prepared a quick tour to become familiar with the new entry points and menus. Accessing the information, through the “gene” or “strain” or “phenotype” gates, among other, appears to be even easier and more intuitive.

Congratulations for this update and “refurnishment”. This is one of the “must visit” sites that anyone working with mice should know and eventually use in his/her daily work.

It is with great sadness that we have just learnt of the sudden death of our colleague, outstanding scientist, ISTT Honorary Member, ISTT Prize awardee and friend Prof. Charles Babinet. He died in Paris on February 13, 2008 in the age of only 68.

With the exception of a one year stay at the New York University, in Prof. J. Hurwitz’s lab, between 1962-1963, Charles Babinet spent most of his scientific career at the Institut Pasteur in Paris. He had worked with Prof. François Jacob at the Microbial Genetics Unit where he got his PhD in 1970, on studies about the RNA polymerase of E.coli . Since 1971 he became interested in investigating early mouse embryo development, and, because of that, he was exposed and mastered himself all types of genetic modification that could be applied in mice to produce genetically modified mice. He was among the first scientists in Europe producing transgenic mice.

As a developmental biologist he contributed with numerous scientific publications to the field. Since 1990 he became interest in embryonic stem cells and their ability to differentiate into all cell-types found in the body of an organism, a topic to which he devoted all his last years in research.

Charles Babinet had been in close touch with the Transgene Technology meetings pioneered by Johannes Wilbertz since the early years. He was part of the first committees nominating candidates for the Prize of Transgene Technologies. At the last TT2007 Meeting, organised by Elizabeth Williams, he was awarded the 5th genOway Prize for Transgene Technology and ISTT Honorary Membership for his scientific contributions to the field of mammalian transgenesis in Brisbane (Australia). In her TT2007 Meeting report Kristina Vintersten summarised the splendid and most enjoyable talk he delivered about his life in research illustrated with some of his papers and experiences in the field of mammalian transgenesis: “The audience was mesmerized by a wonderful presentation that the speaker himself called –A journey through the fascinating world of mouse functional genetics-. Professor Babinet showed us a number of historical photographs from the very early days of pre-implantation embryo manipulation, and the message he delivered about the issues surrounding ‘‘ no obvious phenotype ’’ will surely stay in our memory. ”

In September 24, 2007, his colleagues of the Department of Developmental Biology of the Institut Pasteur, organised a tribute meeting in recognisition of his life in research. The meeting was most adequately entitled: “Charles Babinet: from embriology to programmed genome modifications. 40 years of friendship and science“.

Charles Babinet was a scientist with a career full of success and enthusyasm that he transmitted to all his colleagues that had a chance to work with and/or learn from him. He was well known for his very stimulating and constructive discussions about almost any topic in Science, but also beyond scientific topics.

This is a deeply and most regrettable felt lost. We all shall remember him as a very nice person and a most generous scientist that contributed extensively to the development of the animal transgenesis field.

Those who got to know him personally will deeply miss him.

At the public level, and useful for those working in the field of mouse or animal transgenesis, there are several e-mail lists that are worth joining, to stay in touch and up-to-date within our field. I will be listing here four of them. I am sure there are other e-mail lists that could be added later on through additional comments to this original post.

The Transgenic List is probably the best known and most frequently used e-mail list on animal transgenesis, and has been and still is widely and extensively used for all those working or interested in the field. Peter Sobieszczuk, the founder of tg-list, takes very good care of it. This list is held and offered from the Department of Life Sciences at the Imperial College in London, UK. If you are working with transgenic animals are are not yet a member of it you should strongly consider joining. According to its main WEB site the tg-list: “Established in its present form in July 1996, it includes amongst its members active researchers in transgenesis from the novice to experts in the field. Major keywords cover wide spectrum of disciplines discussed: homologous recombination, targeted mutagenesis, inducible expression, ES cells, microinjection, mouse genetics, animal husbandry.”

The mgi-list is one of the e-mail lists offered by The Jackson Laboratory, through its extraordinary and extremely useful site on Mouse Genome Informatics (MGI). The mgi-list is a forum for the discussion of topics in mouse genetics, and also is being used to distribute MGI news and updates. Often, most topics on animal transgenesis are simultaneously discussed on the tg-list and the mgi-list.

The Phenome-list is yet another useful e-mail list offered by The Jackson Laboratory through MGI. The phenome-list is a forum for strain characterization and phenotypic data collection. Recently, the phenome-list has been announced that it will be moving to another host (Google Groups), and, from now on, will be found through this WEB site.

The COMPMED-list is one of the e-mail lists held at and promoted by the American Association for Laboratory Animal Science (AALAS) and it has a wider scope. According to its description at its main WEB site: “CompMed™ is an e-mail list for discussion of comparative medicine, laboratory animals, and topics related to biomedical research. CompMed serves professionals working in these fields by providing an interactive, easy-to-use environment to share information and discuss topics of common interest. CompMed is limited to participants who are involved in some aspect of biomedical research or veterinary medicine, including veterinarians, technicians, animal facility managers, researchers, and graduate/veterinary students.”

About one year ago a new and more efficient method for sperm cryopreservation, specially suitable for difficult mouse strains (i.e. C57BL/6) was announced by The Jackson Laboratory. Currently, there is not much detailed information about this method, expected to be described soon in a future scientific publication.

The new JAX method was first thaught in Italy, last year, at the annual EMMA CNR-Jackson-Monterotondo 2007 cryopreservation course. Recently, its theoretical basis was also described at the MD Anderson Cancer Center-ISTT Meeting, held in Houston one month ago.

Tom Fielder wrote the following paragraph in his interesting meeting report of the Houston conference:

“The cryopreservation session was capped off by a much-anticipated presentation by Charles Ostermeier of the Jackson Laboratory, describing the new sperm cryopreservation technique pioneered at Jax that has been shown to dramatically improve the efficiency of recovering live mice from frozen sperm. Key points of this technique include a specific cooling rate, use of a reducing agent, monothioglycerol, in the cryoprotective medium, and a specific warming rate. This technique is now being taught by Jax and a paper describing it in detail should be published soon. ”

Thus, we all look forward to read this announced forthcoming publication.

In about one month, on March 10-12, in Sao Paulo (Brazil), Prof. Dr. Joao Bosco Pesquero is organizing the first Brazilian Symposium on Transgenic Technology, an event that is co-sponsored by ISTT.

Scientists and experts in the animal transgenesis at the international field have been invited and will participate in this meeting, including Prof. Oliver Smithies, recenlty awarded with the 2007 Nobel Prize in Physiology or Medicine.

You can browse here the latest program of this meeting.

Want to know more about pigmentation in mammals?. Would like to understand the molecular basis of coat color formation in mice and humans?. Everything you always wanted to know about coat color genes is available from this WEB page, hosted at the European Society for Pigment Cell Research WEB site. This page contains now a lot of information about pigmentary genes in mice and humans and is maintained by Lluis Montoliu (CNB-CSIC, Madrid, Spain) and Dot Bennett (SGUL, London, UK). 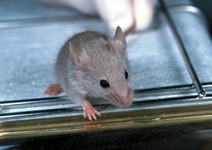 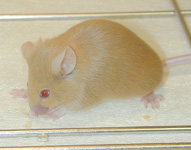 This WEB page also hosts a number of illustrative images of mouse coat color mutants depicting the phenotype associated with each allele. These images have been generously provided by colleagues, within the Pigment Cell community, who kindly agreed to share their pictures.

You might have heard a rather surprising news on a discovery made by searching the publications database. This is the headtitle as it appeared in Scientific American on Jan 30, 2008: “Database search turns up research papers suspiciously similar to prior publications, prompting investigations“.

This finding is probably not new and it was perhaps somehow known in the field, but not the extension, the size of it!, which I personally find the most astonishing part of the history. They seem to have found literally thousands of articles which appear to be too similar to other previous publications. And they only have scanned the abstracts!

Researchers Mounir Errami and Harold “Skip” Garner of the University of Texas Southwestern Medical Center at Dallas used a text-matching algorithm (their own software tool, called eTBLAST) to compare millions of Medline abstracts uncovering those identified as being closely related.

The researchers have prepared a WEB site (Deja Vu) where they keep a manually curated database of copycat entries found in several publication repositories, including Medline. Worth having a look…

What’s a wiki?. Well, according to the Wikipedia a wiki is: “… a software that allows users to create, edit, and link web pages easily. Wikis are often used to create collaborative websites and to power community websites“.

The creation of a wiki has already been discussed at the ISTT Council. But before putting this into real terms it would be good to sense your ideas and input and whether you would be willing to go for it and think it could be useful.

What would it be good for?. Among other purposes, an ISTT wiki or a TT wiki could be adopted for prearing a collection of standard and reproducible methods and techniques used routinely in a Transgenic Faciliy and/or during the generation and the analysis of genetically modified animals of all types: transgenic, knock-outs, knock-ins, knock-downs,…

Wikipedia is just one example of a wiki, but there are many examples, including several related to Science. This link is a good starting point to see the possibilities behind the creation of a wiki.

Thanks for your input!

Our colleague and ISTT Member Tom Fielder has prepared a meeting report of the most recent conference on “Advances in Transgenic Animal Research” that we enjoyed in Houston (TX, USA), at the MD Anderson Cancer Center, organised by Jan Parker-Thornburg in collaboration with the ISTT.